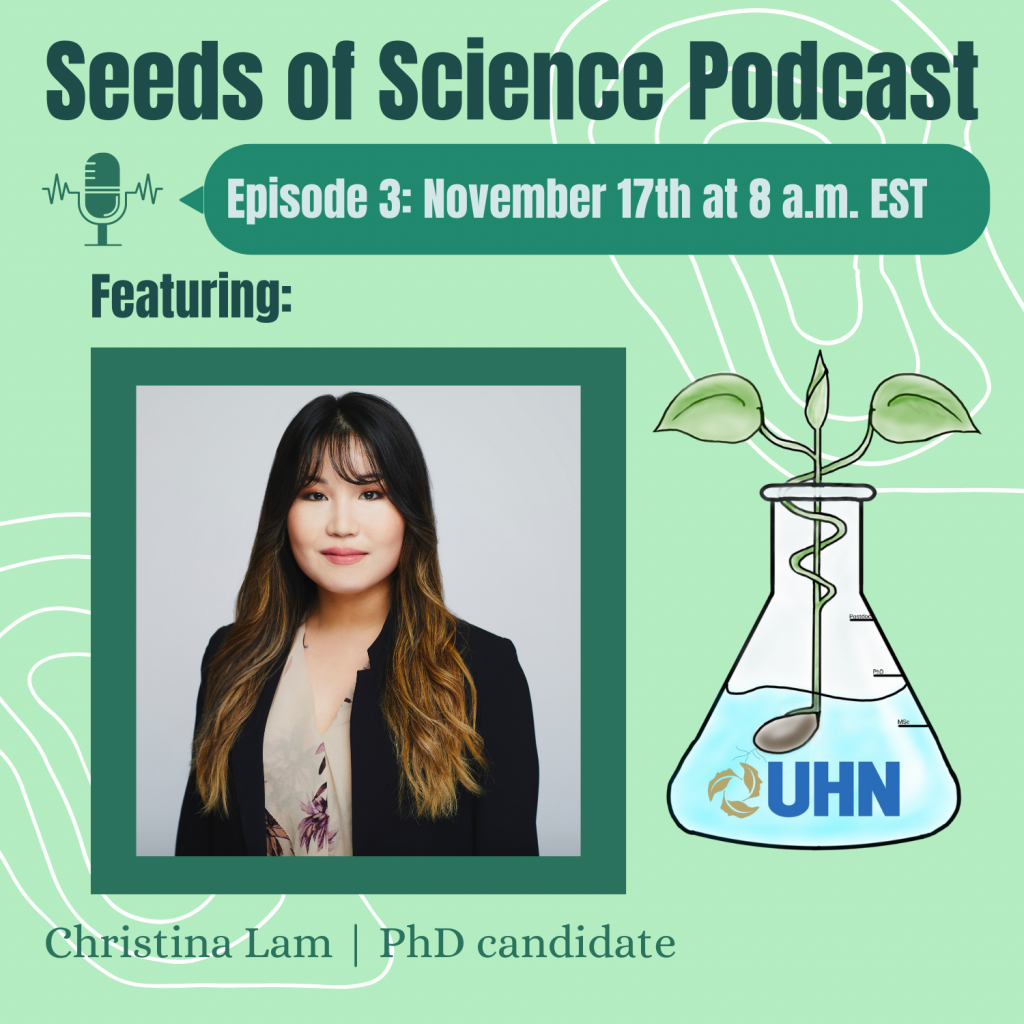 Christina Lam is a PhD candidate at University of Toronto’s Institute of Medical Science and UHN’s Latner Thoracic Surgery Research Laboratories. Her research is performed under the supervision of Dr. Stephen Juvet at Toronto General Hospital Research Institute. For her thesis, she is currently investigating the compound Fibrinogen-like protein 2 and its function in maintaining immune homeostasis. Improving our understanding of this compound will improve clinical treatment for chronic rejection following organ transplant. Christina thinks science is too exciting to be kept in the lab and a firm believer in making it accessible for everyone.

Outside of research, she writes for U of T’s student newspaper, the Varsity, where she translates new discoveries to the general audience.

Listen to the episode on:

Graft – in medicine, a graft is a piece of living tissue that is surgically transplanted. Reference here.

T-cells – T-cells are a type of white blood cell that play a large role in the body’s immune response. There are different kinds of T-cells that have a variety of important functions in controlling the immune response. Reference here.

CRISPR – The acronym stands for clustered regularly interspaced short palindromic repeats. CRISPR refers to DNA segments that are short, regularly interspaced, and palindromic (they are the same sequence of DNA read forwards or backwards) in the genomes of bacteria and archaea that surround pieces of viral DNA, called “spacer sequences”, from previous viral invaders. A protein called Cas uses CRISPR sequences as a guide to recognize and destroy other viruses with similar spacer sequences, protecting them from viral attack.

In recent years, CRISPR has been developed into a gene-editing technology. The CRISPR-Cas recognition system is used to target specific parts of DNA and it’s wide-range of applications include inserting or removing DNA, and turning genes on or off. More information here and here.

Imposter syndrome – occurs when an individual doubts their skills, talents, or accomplishments and has a persistent fear of being exposed as a fraud, despite external evidence of their competence. Reference here.

Disclaimer: The Seeds of Science podcast is supported by UHN’s Office of Research Trainees (ORT). The views expressed in the podcast episodes are not necessarily those of UHN or ORT.